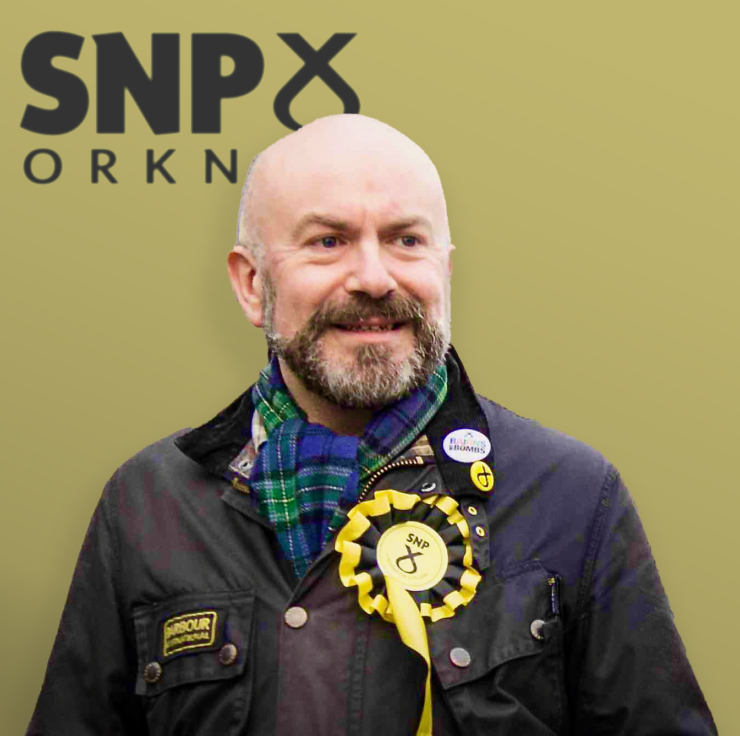 Orkney’s SNP candidate for next year’s Holyrood elections has backed a pledge that would protect the most vulnerable folk in the community as Scotland switches to a net-zero carbon economy.

Robert Leslie backed the SNP Common Weal Group’s pledge, which also advocates a National Care Service, which would deliver high quality social care to everyone that needs it.

He said that, with his background in energy efficiency and fuel poverty, he was particularly aware of the need to reduce Scotland’s carbon emissions but at the same time ensure that this doesn’t, for example, lead to higher energy bills for already hard-pressed households.

Robert said: “As your SNP candidate for Orkney, I want to build a better future for Scotland that puts all of us first. That’s why I’m backing the SNP Common Weal Group’s pledge for a resilient independent Scotland.

“Independence is closer than ever. That’s why the 2021 Scottish Parliament elections are crucial. We need to elect SNP MSPs who are committed to delivering independence and building a better future for Scotland that puts all of us first.

“After the virus we must build a resilient Scotland, one which is able not only to withstand the economic, environmental and social disruptions we will face in the future but which is capable of providing good lives for the people of Scotland every day.”

Robert said that next year’s election was an opportunity for the SNP to make the positive case for independence based on the progressive ideas and principles the party shared with the wider Yes movement.

He added: “The SNP Common Weal Group has led the debate on how we can work together to make change happen.

“If elected as your SNP MSP, I will work to deliver:

I administer and maintain the official website of the SNP Orkney branch.