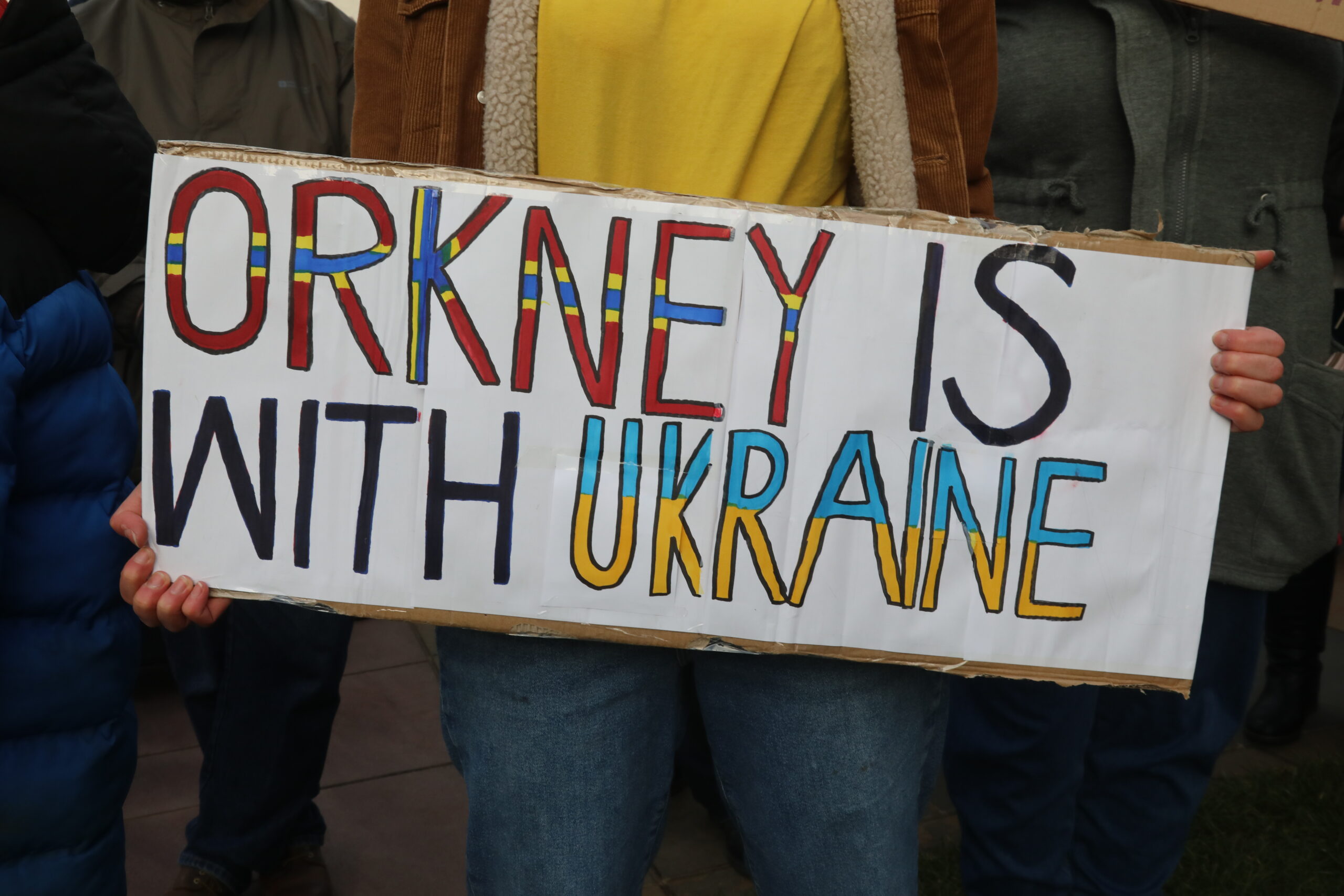 Orkney SNP has joined calls from across Scotland for the UK Government to step up its efforts to allow Ukrainian refugees easier access to the country.

Local branch convener Robert Leslie echoed calls at a national level for visa requirements for those fleeing the conflict in Ukraine to be waived.

Mr Leslie said: “In the early days of the conflict Orkney was to the fore when those gathering for a vigil in front of St Magnus Cathedral made clear their opposition to the imminent visit of a Russian-owned oil tanker to Scapa Flow. The UK Government’s very belated last-minute decision to stop that visit happening was at least a positive sign.

“However, as our Highlands and Islands MSP Emma Roddick said recently, in contrast to that move, the flat-footed and over-bureaucratic Home Office response to the refugee crisis has been heartlessly inept. It falls so far short of the humanitarian reaction we have witnessed on mainland Europe that it demands a complete overhaul of UK policy towards Ukrainians.

“The support for Ukraine from across Orkney has been clear in the kinds of fundraising efforts we have seen in the past two weeks. The UK Government needs to recognise the will of the people to help.” The latest Home Office proposals involve offering £350 a month for a maximum of six months for anyone who offers a home to a Ukrainian. However, the scheme still requires refugees to go through the lengthy visa application and matching programme.

The Refugee Council has said the scheme ‘falls short’ and will ‘inevitably be restricted to those who are known to people in the UK.’

Commenting, SNP MP Stuart McDonald said: “Across Europe we are facing the biggest humanitarian crisis in decades as millions flee the war in Ukraine and this scheme is still nowhere near enough.

“Responding to a refugee crisis requires a quick and effective response but those looking to seek refuge in the UK will still have to go through the lengthy and time-consuming visa and matching process. Michael Gove admitted that it is still likely to be another two weeks before people can reach our shores.

“The UK is an outlier in this, countries across Europe, including Ireland are waiving visas for Ukrainians and the Home Office should follow suit – they should put people first and worry about the paperwork later.

“This would allow people fleeing war to get to safety and sanctuary immediately, not spend weeks caught up in UK Government bureaucracy and red tape.

“Come what may, Scotland stands ready to welcome Ukrainian refugees with open arms.”

How to help Ukrainian Refugees